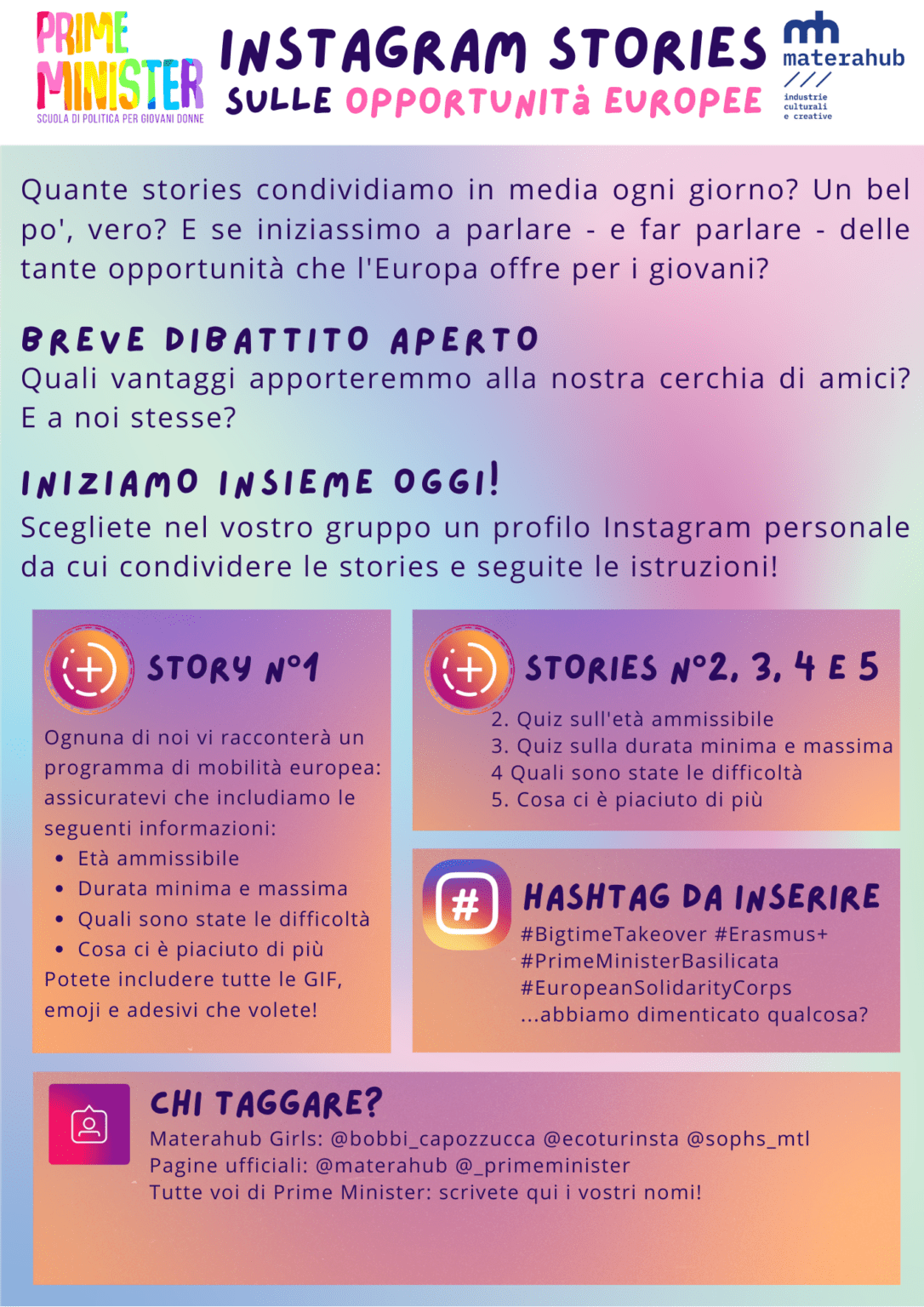 One of the aims of the Erasmus+ project Bigtime Takeover is to encourage a virtuous use of social networks by young European people, especially those coming from marginal family or geographical contexts. With these objectives in mind, Matera Hub (a project partner) took part in the Graduation Day of Prime Minister in Matera, in order to gather the interest of young people and start a local action in the Italian region of Basilicata, the region where Matera Hub operates.

Prime Minister is a national ‘school of politics’ involving young girls from secondary high schools located in rural villages, with the main objective of teaching them leadership and policy-related knowledge that endow them with skills to bring innovation in their rural areas, and take part in politics in the first person.

Since Bigtime Takeover aims at involving youth with ‘reverse methods’ that allow them to teach instead of being taught, allowing for more critical thinking, after an open debate on the challenges and opportunities of social media, Sara from Matera Hub held a 1-hour workshop that asked them to invent, film and share Instagram Stories that would allow a sort of ‘takeover’ of their friends’ feed, with contents related to European opportunities for youth.

The 20 young girls were divided into 4 teams, each one interviewing 1 Matera Hub woman: Sophie Martel, Bobbi Capozzucca, Vania Cauzillo and Sara Simeone. Each of them told about an Erasmus type for young people.

The picture below shows the guideline provided, which was followed in some cases, and modified in some others. To see some of the stories, feel free to have a look at Matera Hub’s highlighted stories in the IG account.

With this action we did not intend to encourage the use of Instagram: it was already very much used by the young girls in the workshop. Our intention was to suggest and show an alternative way to use it, by sharing useful and virtuous content instead of contributing to the daily ‘digital intox’ of useless information.

The European Commission support for the production of this publication does not constitute an endorsement of the contents which reflects the views only of the authors, and the Commission cannot be held responsible for any use which may be made of the information contained therein.
Envelope